Thought leaders to be banned in 2019

2019 is upon us, and with the constant political, cultural and technological advances happening around us, it comes as no surprise that the English language is rapidly developing to reflect these changes. However, whilst many of us are naturally adopting new jargon and incorporating it into our everyday language, not everybody is quite so accepting.

Lake Superior University in Michigan has just released its 44th annual list of ‘words banished from the Queen’s English for misuse, overuse and general uselessness’. The tongue-in-cheek list, which is compiled from nominations of language ‘pet peeves’ from around the world, includes long-established words such as ‘eschew’ and ‘accoutrements’ and well as newer jargon influenced by modern culture. These range from ‘ghosting’, which means to end a relationship suddenly and without explanation, to ‘yeet’ which refers to either a type of dance, to vigorously throw something, or as an expression of excitement – as you might be able to tell I’m not too sure on that one, even after a stint on Urban Dictionary.

However, as Independent journalist Emma Ross observed, by rejecting these terms widely used by younger generations and used over social media, LSSU could actually be dismissing the latest wave of youth culture. After all, cultural changes have led to many different and new words entering common language through the decades. She comments, “New words encapsulate generations. They capture how we’re acting, how we’re feeling, and are actually pretty good indicators for what we’ll be thinking over the year ahead too. The idea that one word is somehow inferior to another is nothing more than snobbery. It’s the idea that the language you or I grew up with is somehow superior to the one the next generation is speaking.” As she quite rightly points out, if we refused to accept new language, we wouldn’t have ‘bungalow’ or ‘jodhpur’. Whilst these nouns may have initially seemed phonetically unusual or unnecessary, they’re now part of everyday conversations.

I personally found one of the more amusing inclusions on LSSU’s list to be the term ‘thought leader’, which is something we probably hear everyday here at Skout! In B2B PR, particularly where we’re aiming to get our clients seen and heard in their field of expertise, thought leadership is a key strategy. However, admittedly it is an over-used term which has become a catch all for sharing opinions, rather than actually being seen as leading thinking on a particular issue or specific market.

Even business, where we’d expect to find the most formal language, is changing. Whilst very straight-to-the-point and formal communication used to be the norm and considered the professional way to email, this is now more likely to be perceived as blunt or rude. Email was first introduced to make letters electronic, yet now most emails these days don’t take the style of a letter at all. We’re increasingly changing work communications to be more conversational and personable. Whether it’s acceptable to put a smiley in a work email however, is another debate entirely!

What do you think of Lake Superior University’s list of banished words? We’d love to hear your thoughts (even though you can’t now be a thought leader – sorry)! Leave us a comment below.

Q&A with Chris Linsell, Marketing Director, Pirtek UK and Ireland: The challenges of marketing in a franchise environment

byClaire James
Chris Linsell left university with a degree in Economics and Finance but knew that this was not where his true interests lay. In 2004 he joined an independent creative advertising agency called Mustoes and has not looked back since. Q: Tell me a little bit about your background before joining Pirtek as Marketing Director Chris. A: As a graduate I...

byLaaraib Khan
Why was PR your chosen career? I have always loved writing and all things creative. I remember in year 4 gathering a few people together and starting the school newspaper! Having dabbled in social media, digital marketing and music journalism, I fell into PR and have loved every second of it! If you hadn’t chosen a career in PR, what would...

bySkout team
Why was PR your chosen career? It wasn’t! I have always been slightly obsessed with the media though. Since reading the news in the mocked-up news studio at Bradford’s National Media Museum as a child, the addiction has stuck. I worked in TV and broadcast media in Beijing for four years (which was an eye-opener) before coming back to the...

Channelling our inner fan to celebrate our wins

byJames Weaver
On Sunday 31st July, England’s Lionesses ended 56 years of hurt by overcoming the goliath task of beating Germany 2-1 in the European Championship final to finally bring football home. It was fantastic to watch the team storm the post-match press conference to celebrate their well-deserved victory.  This got me thinking, how does one of the greatest sporting achievements for...

The A-Z index of all things social media!

byRebecca Brown
Whether you’re in B2B or B2C, promoting your brand and engaging with your audience through social media is marketing 101. It’s fast, free, and effective! Not only can you post updates about your company and employees to showcase the successes and personality of your brand but it’s an excellent way of sharing valuable content with key audiences. It’s no surprise that...

Our take on the 2022 Manchester Digital Conference

byJames Weaver
London is often considered the epicentre for many of the UK’s varying sectors from entertainment to finance. But, when it comes to the tech sector, the North West stronghold of Manchester is arguably a hotbed for talent, startups and established tech firms. In 2019, £181 million of investment was pumped into the city’s tech sector, establishing Manchester as one of...

byRebecca Brown
We chat with Lizzie Berwick, director and co-owner at media buying agency, MacCormack Media, about her varied role, all things media buying, and what makes a brilliant business relationship. 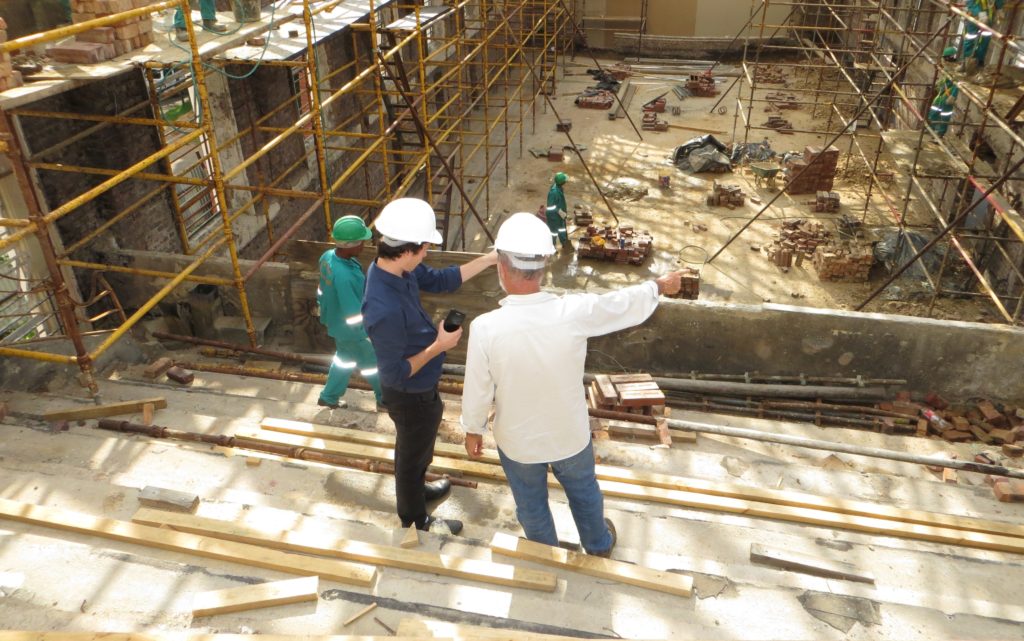 byClaire James
By Claire James, head of client services and built environment specialist, Skout The construction industry is about to go through its most transformative phase for decades with the introduction of the Building Safety Act. These changes are driven by the still unfolding story of Grenfell, the public outcry, and the substandard building materials and practices used on this structure that...

On the shelf or on the rocks? Three quarters of B2B sales and marketing pros say their business relationships are not a marriage made in heaven

What does ‘Jaws’ have to do with running a B2B PR agency?

byRob
When you’ve worked in a B2B PR agency for over 25 years, it’s easy to forget that the ‘turbulence’ we experience daily isn’t the norm for many. This is because every agency day is different, you never fully know what to expect, and deadlines can be ludicrously short.  Growing agencies like us deal with a lot of uncertainty. The biggest...